Find house sitting jobs in Vancouver, one of the world's most liveable cities and #23 on the international best cities for dogs list.

Surrounded by water, and exquisite natural beauty, Vancouver is also a great launching point for some of the best skiing in the world. It is an important industrial and financial centre, and it hosts a vibrant arts scene, with fantastic shopping, dining and entertainment year round.

Vancouver is definitely on our list of "most sittable cities"—might be time to find out what the fuss is about.

The temperate climate and the frequency of rainfall in the area makes this metropolis lush and green despite its urban profile, making it suitable for outdoor experiences.

A notable metropolitan oasis in Vancouver is Stanley Park, the home of its most famous and visited tourist attractions. Its 14-mile Seawall is a favorite of many joggers and bicyclists. You can walk the length from the Vancouver Convention Centre to the Spanish Banks Park but you can opt to rent bicycles or even horse-drawn carriages instead.

Yes, house sitting in Vancouver is a wonderful way to experience the city - and House Sitters Canada is the best way to make it happen. We provide a safe and practical service with friendly support. 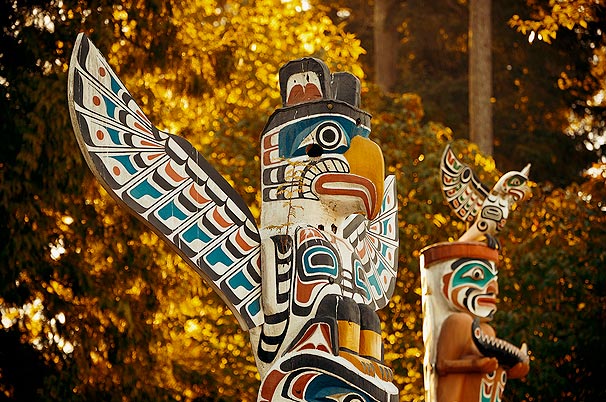 Vancouver is a city that can be enjoyed both as an urban center and an environmental paradise.

If Stanley Park is a bit overwhelming, visit the Queen Elizabeth Park or the VanDusen Botanical Garden. The Queen Elizabeth Park is teeming with amazing exotic flora and fauna. The Bloedel Conservatory inside the park features exotic birds and tropical plants that live in three unique climate zones. The park is the highest point in Vancouver so you can view the city’s skyline, shoreline, and mountains from here.

The VanDusen Botanical Garden lies in the middle of the city and stands out like a gem. The garden is styled like a maze with a stone garden and is popular for its Laburnum Walk that is famous for its chains of yellow flowers that bloom in May.

Downtown, the financial center of Vancouver, has a cruise ship terminal, a shopping district, and a warehouse area. The district is filled with restaurants, clubs, and entertainment centers.

The residential area of Downtown is the West End. The neighborhood is composed mainly of high-rise apartment units along beautiful streets and close to the best beaches in Vancouver. When Downtown becomes quiet, West End picks up; the best-known bars, restaurants, and cafes stand along Denman, Robson, and Davie streets.

The East Side is a developing art district. The residential heritage houses along the streets are frequently renovated into modern apartment units.

Why would anyone choose to leave this extraordinary place? Well, they do - and they need house sitters and pet sitters to tend their homes while they are away. House sitters need to short list Vancouver; there's no place like it.